Katie "Mainstream" TV, Am I a writer?, feminist angst 3 Comments

Because of Tina Feyâ€™s two recentâ€”and of course brilliantly entertainingâ€”articles in The New Yorker, I have been reflecting on my 30 Rock experience. 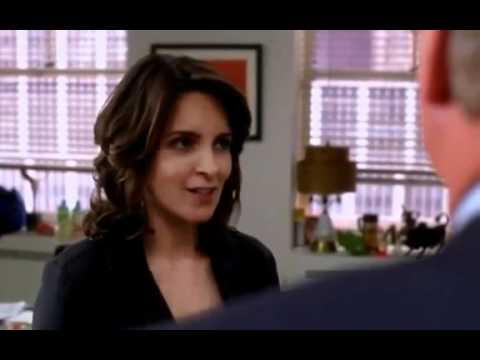 With 30 Rock, Tina Fey has blended wry irreverence, sharp cultural awareness, and earnestness in a way that I wish I could fully wrap my head around, let alone do something with.Â  I have such a creative crush on Tina Fey.Â  You know how in creative writing courses, sometimes you write original stories in the style of some other work or author?Â  I canâ€™t even write something in the style of 30 Rock, let alone come up with my own style that reveals Tina Feyâ€™s influence while somehow being entirely my own.Â  (That is my dream, but comedy is hard so I will stick with stories about sad bisexual women.)

Weâ€™re in the midst of 30 Rockâ€™s fifth season, and our love has settled into that stage of a relationship where we start to take each other for granted.Â  We donâ€™t mean to; itâ€™s just that after four and a half years of awesome, Iâ€™ve stopped being overwhelmingly excited by 30 Rock.

Maybe 30 Rock is not as good as it used to be.Â  Itâ€™s impossible for me to get that kind of perspective.Â  The TV landscape has changed since this show that if it is exactly like it always was, I wouldnâ€™t be able to tell because the things around it have changed.Â  When 30 Rock premiered, I had never seen anything like it.Â  Those first two seasons were nothing short of magic.Â  It had that freshness that every single new TV show covets.Â  In fact, it is entirely possible that 30 Rock set such a high standard that the show itself can’t even meet it consistently.

Liz Lemon is a unique blend of my favorite kind of female TV character (neurotic, clever, bright, smart, articulate, emotionally weird) and some incarnation of a single, more professionally successful me.Â  She doesnâ€™t wear the suits that my lawyers and executives wear; instead she wears pants and â€œbicurious shoesâ€ that I myself might actually wear.

And then there is the infatuation with sandwiches. Look at this amazing mashup of Liz demanding her sandwich that someone made:

You can see why I am drawn to this character.

Of course Liz is also the sort of feminist who actually says the word feminist and points out when things are antifeminist.Â  It’s hard to avoid conflating Tina Fey and Liz Lemon, but is such a distinction necessary?Â  Tina Fey isn’t the sort of performer/writer whose real life personality needs to be kept separate.Â  The more I know about her, the more I like her.Â  We can’t pretend that 30 Rock‘s success isn’t due largely to Tina Fey’s work there so if we sometimes forget that Tina Fey is a married person with a child rather than a single person who lives alone in an apartment where she eats cheese in the middle of the night, so what?