This week in the pop culture course I teach we watched the famous coming out episode of Ellen.Â  â€œThe Puppy Episodeâ€ was the first episode of the sitcom I ever watched and I watched it the day it aired in 1997.Â  Back then, my TV enthusiasm was just beginning, and this show had not previously been on my watch list.

Many of my older students had stories about how they were not allowed to watch Ellen after â€œThe Puppy Episode.â€Â  I have no such story.Â  I donâ€™t recall my parents having a reaction at all to the episode.Â  I didnâ€™t have a TV in my bedroom at the time so itâ€™s likely that they knew I watched it.Â  I feel kind of retroactively grateful that I didnâ€™t have to hide my desire to watch the show.

The students who were too young to remember the sitcom at all, let alone â€œThe Puppy Episode,â€ were kind of hard to reach.Â  They seemed reluctant to take my word and the word of the articles we were reading that this was a big deal.Â  On the one hand, I like the idea that these people live in a world where a lesbian lead on a popular sitcom on a major network is no big deal.Â  On the other hand, have some respect, kids, you know?Â  The risk was real.

Whenever I rewatch any episodes of Ellen but especially â€œThe Puppy Episode,â€ I am surprised by how funny it is.Â  This is a seriously hilarious show, folks.Â  Its historical import often overshadows what it contributes to the genre.Â  This wasnâ€™t some mediocre sitcom making some giant social statement.Â  It was a good, solid, funny TV show that decided to be honest about its star. 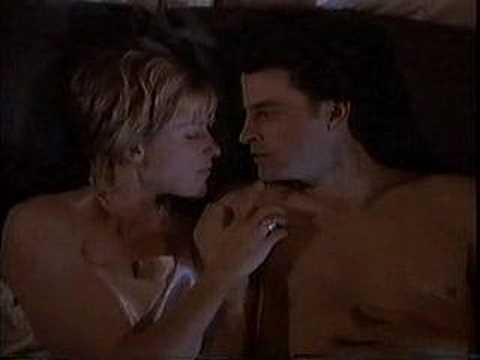 Perhaps because of the weight lifted from the show and the star or perhaps because your fearless blogger just likes lesbians, the last season is easily the best for me. Â Of course, it is disappointing that Ellen lost viewers and advertisers and eventually got cancelled, but Iâ€™d rather have five seasons of a show that took a chance than eleven seasons of a show that played it safe all the time. 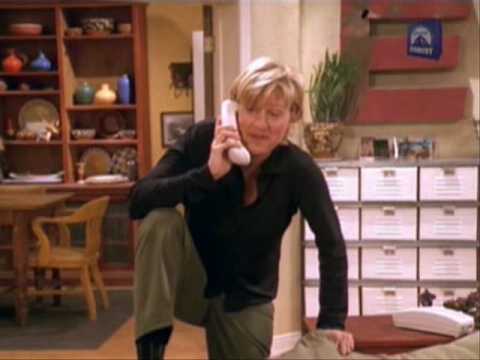 I wonâ€™t pretend Ellen is one of my favorite shows for a totally non-gay reason.Â  It is impossible for me to imagine the show without â€œThe Puppy Episodeâ€ that freed it from the heteronormative falseness it had been operating under.Â  Ellen DeGeneres isnâ€™t really an actor; sheâ€™s a comedienne who played various forms of herself before she found her niche in the talk show genre.Â  The truth is that watching her play a straight woman is AWKWARD.Â  My studentsâ€™ reaction was mostly â€œMake it stop!â€Â  Letting Ellen Morgan (the character) come out did make it stop. 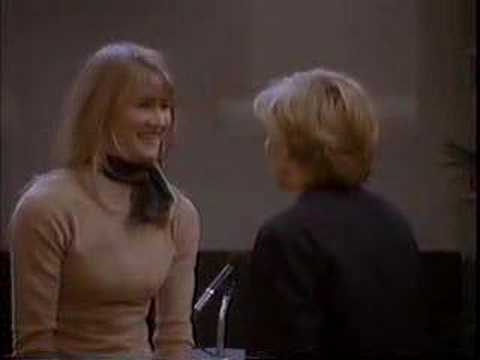