Since we’re already talking about Who’s the Boss?…

First of all, the title of the show is dumb.Â  Of course, it is meant to invoke stereotypes of gender roles.Â  How can Tony be a housekeeper when he is a man?Â  How can Angela be a business executive when she is a woman?Â  In the context of the show, however, there is no question.Â  At the advertising agency where she works, Angela is a boss, if not the boss.Â  At home, Tony is her employee and she is, again, the boss.Â  There is no question.Â  The show’s title should be She’s the Boss. 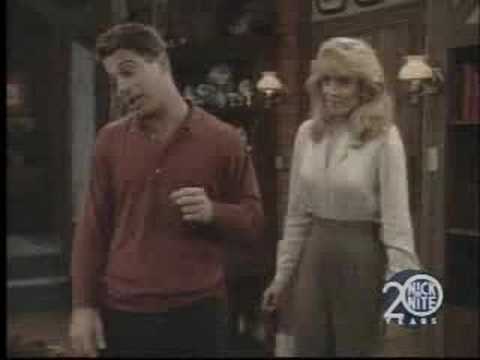 This stuff should feel tired, and indeed, if the show premiered this year, it would be.Â  But it’s an ’80s show and so we cut it some slack, even as we point out that Family Ties needs no such accommodation.

Angela Bower was one of my first role models, along with Elise Keaton and Laura Holt (we’ll get to Remington Steeleâ€”we’ve got like 24 more of these to go).Â  Much of the narratives played out via Barbie dolls in my childhood playroom were inspired by Angela.Â  I liked that she had a fancy job as an advertising executive and didn’t have time to clean her house so she hired someone to do it for her.Â  I liked that she didn’t care that that someone was a man and instead trusted in his abilities to clean a house.Â  Cleaning doesn’t require skill so much as patience and some kind of belief that it must be done.Â  Just because women have historically been the ones who cleaned the houses doesn’t mean that women are somehow physiologically better suited for house-cleaning.

Well, that turned into a tangent brought to you by Pat Mainardi, didn’t it?Â  Let’s move on, shall we?

Even Angela’s clothes got represented by my Barbies.Â  One of my dolls had this particular teal skirt and yellow jacket combo that she liked to wear to work, and if you could see it, you would recognize it as straight out of Angela Bower’s closet.

I suppose it isn’t surprising that I like Angela.Â  She manages her career much more capably than she manages her personal life and that is of course the M.O. of all of my favorite TV women.Â  Angela is so much a career woman that some of the show’s best moments comes when Angela loses her job in a special two-part episode.Â  (Check out the guy with the red belt, just because.) 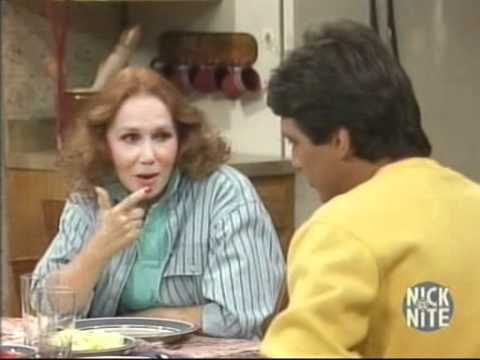 This is one of my favorite episodes of Who’s the Boss? because it features Angela letting loose.Â  When Mona calls her “awkward,” she isn’t exaggerating.Â  Angela is much more comfortable at work than at play.Â  When she makes her joke about Bank of America (such a corporate sense of humor she has) and then gives her speech about the importance of vacations, even though she is wearing her vacation clothes (how ’80s Barbie is that dress?), she is very much in her element in that conference room among those dour, be-suited men.Â  When I was eight, that was the kind of life I imagined I would have, and it was very much the kind of life my Barbies had.Â  Of course, somewhere along the way I realized I didn’t have what they call business acumen (or interest) and I was much more suited to a career that involved reading and writing (and parenthetical asides, apparently).Â  Still, Angela Bower and Who’s the Boss? have a special place in my heart because they showed my Barbies and me how to kick it career-woman-style.